Lorem Ipsum is simply dummy text of the printing and typesetting industry. Lorem Ipsum has been the industry's standard dummy text ever since the 1500s, when an unknown printer took a galley of type and scrambled it to make a type specimen book. It has survived not only five centuries, but also the leap into electronic typesetting, remaining essentially unchanged. It was popularised in the 1960s with the release of Letraset sheets containing Lorem Ipsum passages, and more recently with desktop publishing software like Aldus PageMaker including versions of Lorem Ipsum.

Why do we use it?

It is a long established fact that a reader will be distracted by the readable content of a page when looking at its layout. The point of using Lorem Ipsum is that it has a more-or-less normal distribution of letters, as opposed to using 'Content here, content here', making it look like readable English. Many desktop publishing packages and web page editors now use Lorem Ipsum as their default model text, and a search for 'lorem ipsum' will uncover many web sites still in their infancy. Various versions have evolved over the years, sometimes by accident, sometimes on purpose (injected humour and the like).

From Wikipedia, the free encyclopedia
Jump to navigation Jump to search
This article is about the illegal action in baseball. For other uses, see Balk (disambiguation). 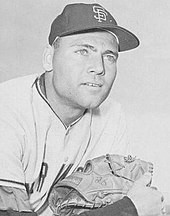 Bob Shaw holds the major league record for most balks in a single game, five.

In baseball, a pitcher can commit a number of illegal motions or actions that constitute a balk. Most of these violations involve a pitcher pretending to pitch when he has no intention of doing so. In games played under the Official Baseball Rules that govern all professional play in the United States and Canada, a balk results in a dead ball or delayed dead ball. In certain other circumstances, a balk may be wholly or partially disregarded. Under other rule sets, notably in the United States under the National Federation of High Schools (Fed or Federation) Baseball Rules, a balk results in an immediate dead ball. In the event a balk is enforced, the pitch is generally (but not always) nullified, each runner is awarded one base, and the batter (generally) remains at bat, and with the previous count. The balk rule in Major League Baseball was introduced in 1898.[1]